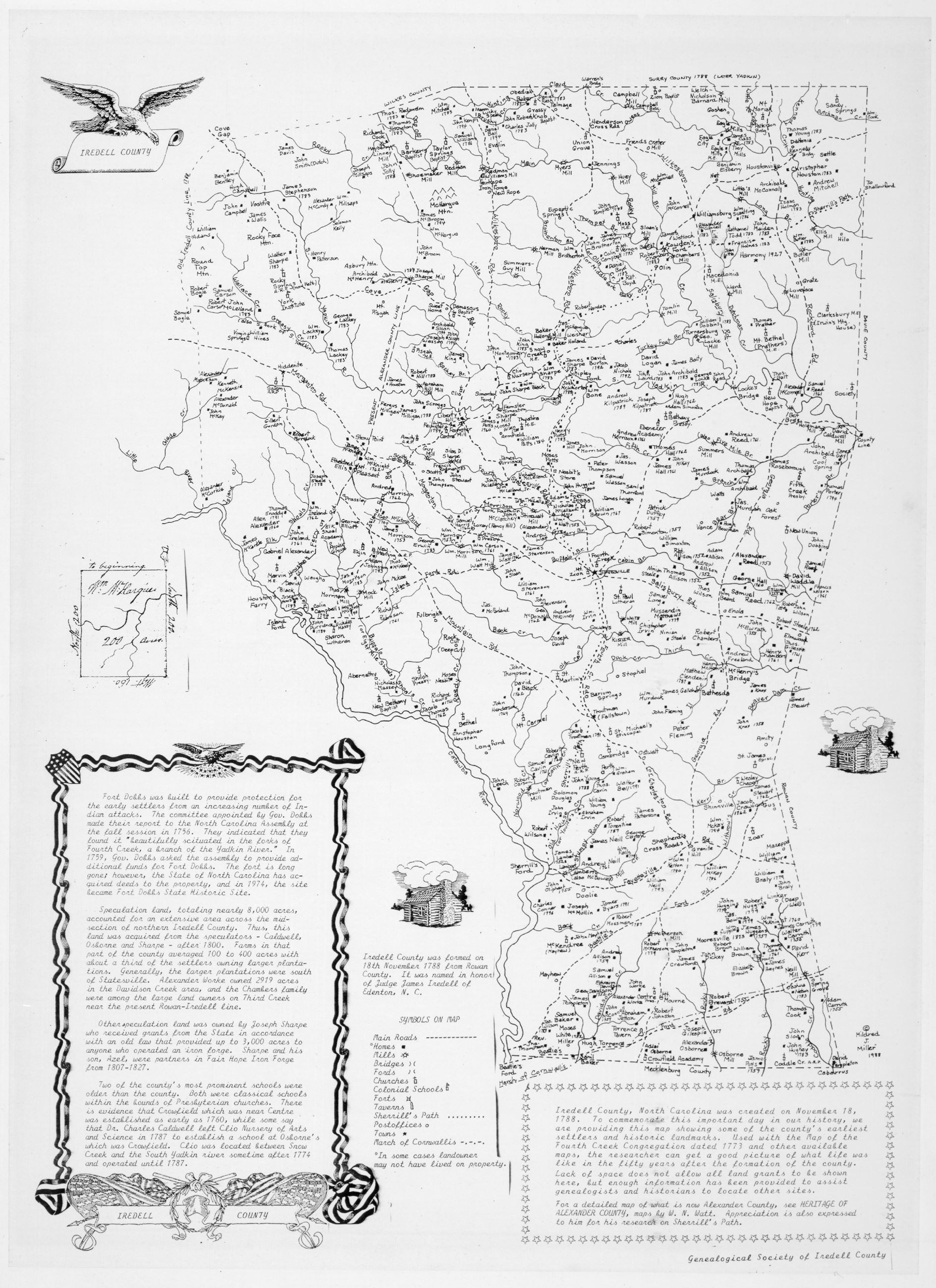 Mildred Miller was a founding member and former officer for the Genealogical Society of Iredell County which formed in 1977. For years she worked as a volunteer at the office of the Iredell Historic Properties Commission and also served as president. A noted genealogist and local historian, Mildred contributed to the preservation of Iredell County history through her writings and her assistance to fellow researchers. Her name is listed in several publications of the Genealogical Society and she participated greatly in the release of both volumes of the Heritage of Iredell County. She also wrote for the society's quarterly journal, "Tracks."

Independently, she wrote the book Carolina Summers: The History of the Summers and Allied Families with Notes on the Countryside and Lifestyles of Yesterday which was published in 1980. In 1990, she co-authored the book Time Is, Time Was: Gravestone Art, Burial Customs and History of Iredell County, North Carolina which has become a staple for cemetery researchers. She also conducted several surveys of the abandoned cemeteries in Iredell County.

Upon her death in 2011, her collection of research was donated to the Genealogical Society and is currently housed with their collection in the library.

In 1988, Mildred Miller created the early landowners map which shows the names and locations of the early families, landowners, and pioneers in Iredell County. This map has been used by countless researchers throughout the years. The map is based on Mildred's research to determine who lived where around the time that Iredell County was formed out of Rowan County in 1788. This was an expansion on the William Sharpe map which was created in 1773, but only focused on an eleven mile radius of what is now Statesville. Mildred's map encompasses the whole county and also includes locations of various schools, churches, and mills. This map is vital in understanding the geography of the county in the late 18th century. The full map and details of the families listed can be viewed online on the library's Flickr page.