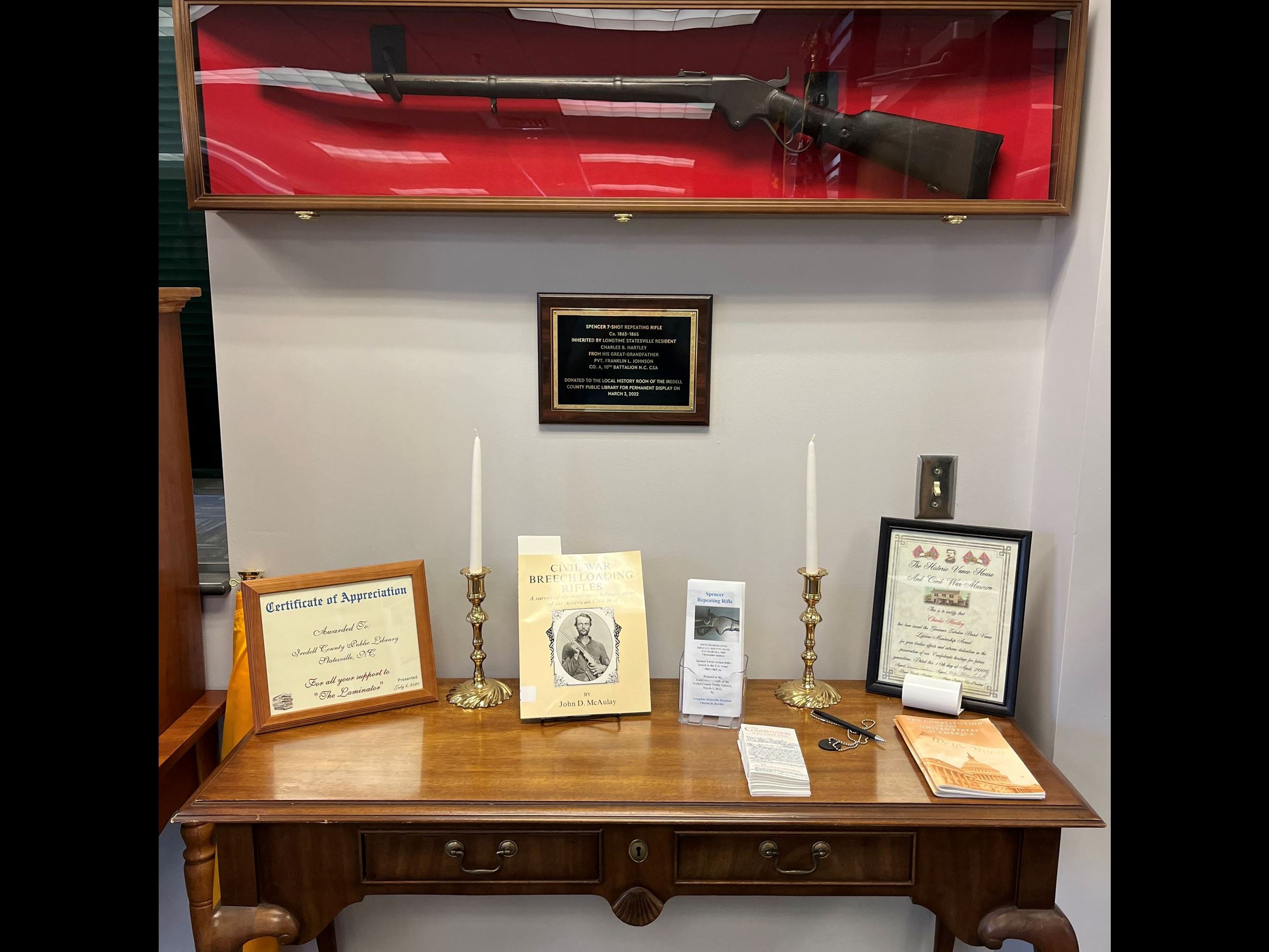 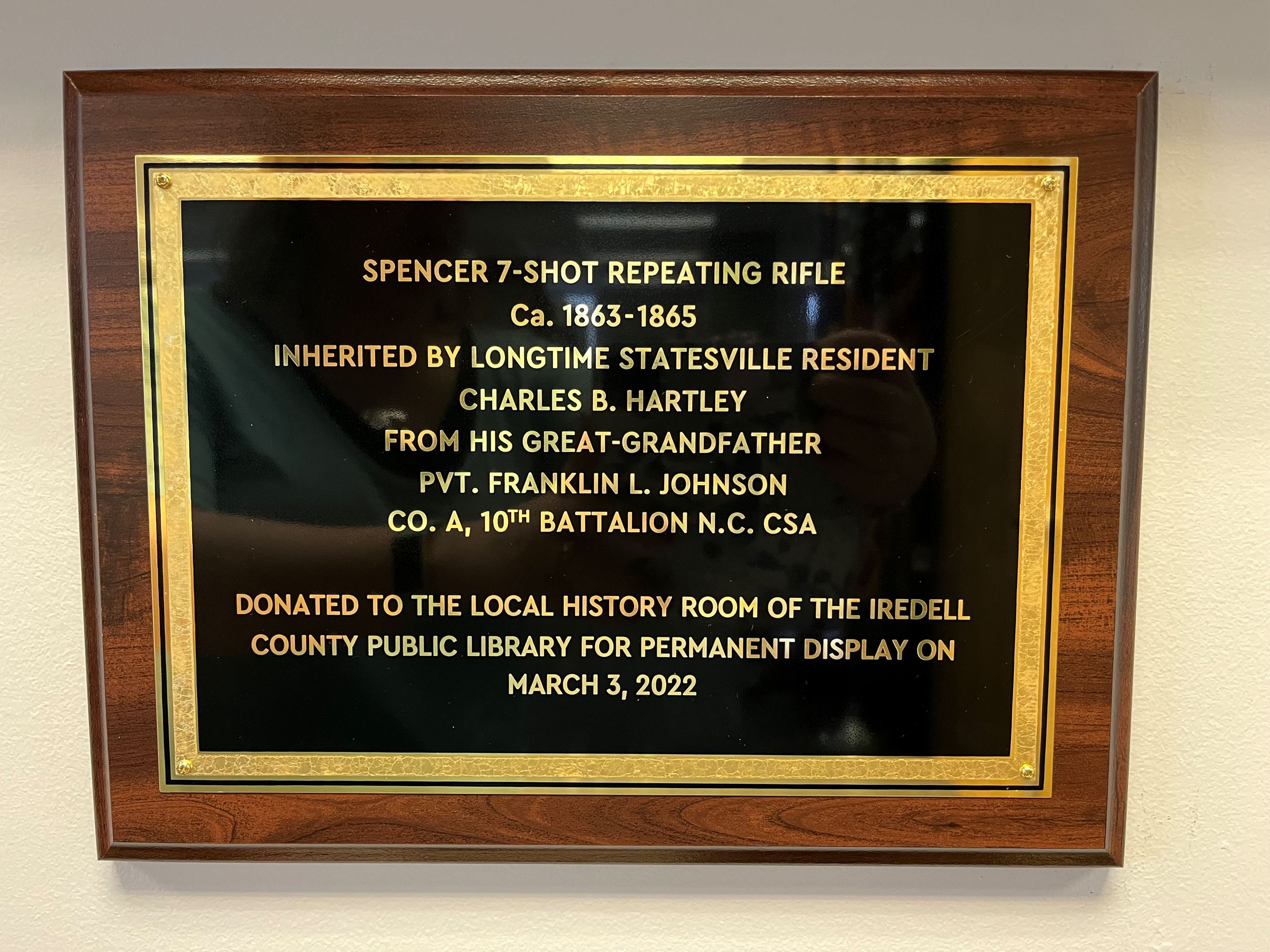 History of the Spencer Repeating Rifle

The Charles B. Hartley Rifle

Originally issued to a Union infantryman, this rifle was later recovered by Pvt. Franklin L. Johnson, Co. A, 10th Battalion, N.C. Heavy Artillery, Confederate States Army. Private Franklin L. Johnson, resided in Randolph County, where he enlisted on March 23, 1863 for the war. Johnson was listed as present or accounted for through December 1864.

Co. A, 10th Battalion, Heavy Artillery was organized April 23, 1862 from Davidson County, and mustered in at Wilmington on May 19, 1862 as “Captain William B. Lewis" Company of North Carolina State Troops. Company A was first referred to as “Lewis” Battery and later as “Harris” Battery after Lewis was replaced by 1st Lieutenant Hammet J. Harris who was promoted in 1863. The North Carolina 10th Artillery Battalion (also called 2nd Battalion Heavy Artillery) served on the coast of North Carolina at Fort Caswell and Wilmington, and was active in the defense of Savannah against Sherman’s March to the Sea in November and December, 1864. The unit later saw action in the North Carolina Campaign as infantry fighting in the Battle of Averasboro, March 16, 1865, and the Battle of Bentonville, March 19, 1865. The 10th surrendered with the Army of Tennessee under General Joseph E. Johnston, on April 26, 1865, in Durham, North Carolina.

Pvt. Franklin L. Johnson and his wife Martha Matilda Rush (1833-1917) passed the Spencer Repeating Rifle down to his son, William Alton Johnson (1874-1940) and his wife, Flora E. Spencer (1880-1908). The rifle was then passed down to William and Flora’s daughter Eleanor May Johnson who married Francis Garrett ‘Jack’ Hartley (1900-1959) and from there to Charles Bryce Hartley who lived in Statesville for over fifty years and who donated the Spencer Rifle to the Iredell County Public Library Local History & Genealogy Department for permanent display in 2022. 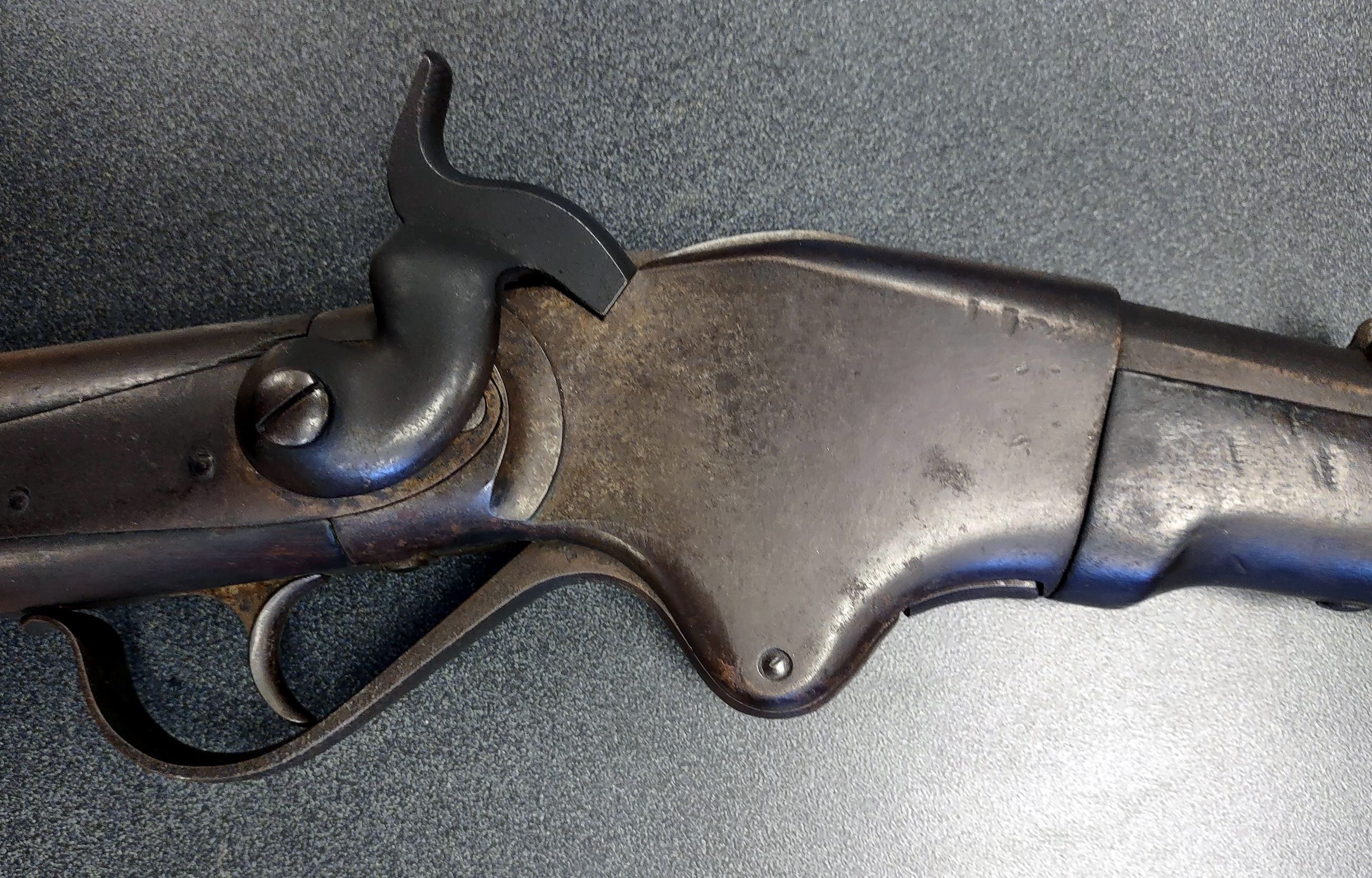