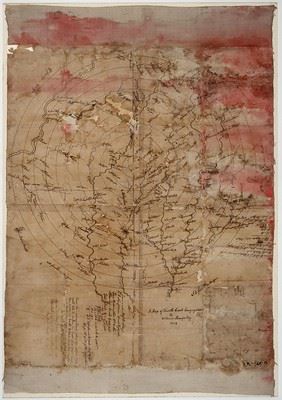 William Sharpe, the eldest son of Thomas Sharpe, was born in Cecil County, Maryland on December 13, 1742.  In 1763 he moved to Mecklenburg County, North Carolina where he married Catherine Reese, a daughter of David Reese, one of the signers of the Mecklenburg Declaration of Independence.  Soon after his marriage Sharpe moved to the Iredell County area then a part of Rowan County. He practiced law, became a magistrate, and was a surveyor by profession. He became known as “Lawyer Billy” and was a staunch supporter of Independence. He served as a member of the Rowan County Committee of Safety and was secretary when the Rowan Committee of Resolves was written in 1774 before the Revolutionary War. He would go on to represent Rowan County in the Provincial Congresses at New Bern and at Hillsborugh, N.C.  He was a member of the Halifax Convention in 1776 which drafted the first State Constitution.  During this same period, he served as an aide to General Rutherford in his campaign against the Cherokee Indians. Later, he and Waightstill Avery were appointed by Governor Caswell to form a treaty with the Indians.

In 1779 Sharpe became a member of the Continental Congress serving until 1882. William Sharpe was the first to introduce legislation proposing a state university in 1784.  Though his bill failed a near copy of his original proposal was reintroduced on December 11, 1789 by William R. Davie and was passed creating the University of North Carolina.   Archibald Henderson of UNC would later state that William Sharpe was the first in history to author such an educational bill.

Iredell County was formed out of Rowan County in 1788. The township of Statesville was created as the county seat in 1789 and William Sharpe is generally credited with having laid out its original streets called Broad and Center.  Sharpe died in July 1818 leaving a widow and twelve children.  He was buried in Iredell County at Snow Creek Methodist Church Cemetery.  An historical marker for William Sharpe was put up as a Bicentennial project. The plaque reads:

William Sharpe was a member of the Fourth Creek Presbyterian Church which originally began as a log setting between two trees. The location of the first Fourth Creek Meeting house was just behind the library where Gordon’s Furniture now sits. The Fourth Creek Cemetery sits up the hill across from Gordon’s surrounded by a rock wall.

The Old Fourth Creek Congregation began sometime between 1750 and 1753.  By 1753 it had grown into a well-defined congregation.  In 1773 the members of Fourth Creek asked the North Carolina Presbytery (Orange) to set new bounds for them so they might have three congregations. William Sharpe used his surveying skills to draw a meet showing the Meeting House near the center and then the locations of all the families living around the church going out in an eleven-mile radius in each direction.

The purpose in creating the map was to show that two more churches, Concord (Loray) and Bethany needed to be built so members would not have to travel such a great distance to go to church.  In each quadrant of the map the names of the people living around the church is shown, demonstrating how the formation of the new churches would better serve the whole congregation.  The map bears the names of 196 families, many of whom were the first settlers of what was then Rowan County.

The map was passed down through the Sharpe and Hall families until Dr. Elijah Frink Rockwell became minister of Fourth Creek Presbyterian Church in the fall of 1840.  Mr. Rockwell was also an avid historian who set about writing a history of the Church. During his research he discovered the Shape map and realized its value to historians.

The Fourth Creek Congregation map today holds special meaning due to its age, creator, and the information it gives of who was living in the immediate area of Statesville in 1773.  Researchers enjoy seeing the location of their ancestor’s home written on the map by the hand of a man that knew them.

The Iredell County Public Library History Department began efforts in 2003 to restore the William Sharpe Fourth Creek Congregational Map of 1773 to its original condition and apply preservation conditioning to see to its continued survival.  In the past the map had been glued to a cloth backing with a type of varnish which was painted over the map.  This varnish had turned brown making the map difficult to read.  To make matters worse, the glue-like substance was beginning to chip off, tearing pieces of the map off with it.

Preservation efforts began when the map was taken to the University of North Carolina on June 19, 2003. There it was digitally photographed and an exact image of the map recorded to a master CD. The map was then transported to the Etherington Conservation Center in Greensboro in September 2003 where preservation work was performed. The surface was first cleaned to remove accretions. The varnish used to glue to the map to its cloth backing was removed with ethanol and the tape with toluene. The map was then backed with a Japanese paper and Irish linen using wheat starch paste. Upon its return to the Iredell County Public Library the map was reframed by Rachel Compton at the Art and Frame Gallery in February 2004.

The map now hangs in a frame on the wall at the back of the Local History Room along with a laminated copy of the map showing how it looked before conservation work was completed.